Key Food cleans up its store and its streets

Luna has been using TOMRA reverse vending machines (RVMs) at his stores for more than 20 years. “It’s very simple,” he said. “They provide the very best service and the latest in technology. My sales rep, John Scalfani, has become a trusted and true friend. Anything I need, he is right there and if it involves tech support, he makes sure I get that as well. That sort of personal touch is not common in today’s world.”

He added, “Before TOMRA, it was a gigantic mess trying to deal with our bottle and can returns. They were everywhere. With the TOMRA T-53 machines, including Rapid Redeem, I’m all set. TOMRA picks up the material, customers get paid, and I make money every month on the machines.” Rapid Redeem is TOMRA’s metro New York reverse vending program, which includes branded RVMs and a bottle return attendant to assist stores with high return volumes.

Luna offers his store at Saint Nicholas and 172nd Street in Washington Heights as an example of how TOMRA has simplified the container collection and deposit refund process. “Just there alone, our customers are returning, on average, 300-to-500,000 containers a month, which translates to two-to-three thousand dollars a month for just that store from the handling fees.”

TOMRA’s RVMs have also had a positive impact on the communities surrounding Luna’s stores. “Because of TOMRA machines, you can hardly find a bottle or can on the streets outside my stores today. People pick them up and return them. It makes them money and it makes our streets much cleaner,” Luna explains.

“Before having TOMRA machines in my stores, it was like being on a road where everything was very messy and moved very slowly. With TOMRA, it’s like I’m on a super-highway. The returns and profits happen rapidly and it’s clean and efficient.” Ruben hopes to introduce TOMRA machines into the Caribbean region, starting with his native Dominican Republic, as well as South America. 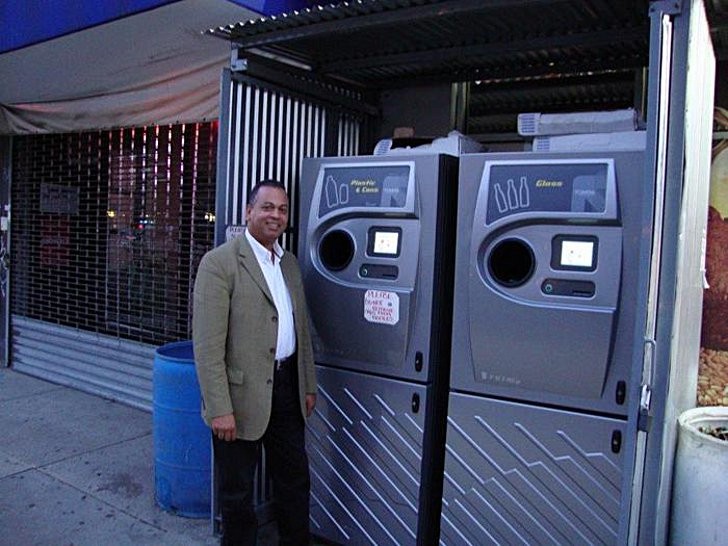