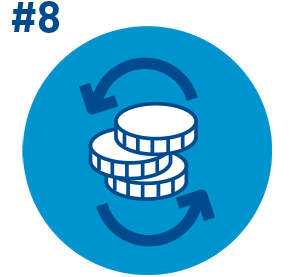 Ocean plastic pollution, waste management costs and mandated collection targets are causing more and more governments to make sustainable resource management a priority. One policy that is actively being discussed is the concept of giving waste a value, to incentivize the public to collect it for recycling. This is a particularly popular approach for the items that are most commonly littered and found in oceans, such as beverage containers. Container deposit return systems (or “bottle bills”) add a deposit on the container on top of the price for the beverage, which is repaid when the consumer returns it to be recycled. A number of states or countries have committed to update existing deposit systems or develop new systems. In this ongoing article series and its white paper, "Rewarding Recycling: Learnings From the World's Highest-Performing Deposit Return Systems", TOMRA explores the best practices that separate the leaders in deposit return systems from the laggards.

There are two main revenue streams in a deposit return system (DRS): 1) Unredeemed deposits, which refers to revenue from deposits that consumers chose not to redeem (that is, containers that were not returned for recycling), and 2) commodity sales (or “material revenue”), which are revenues from the sales of glass, aluminum, PET and liquid paperboard containers collected through the DRS. 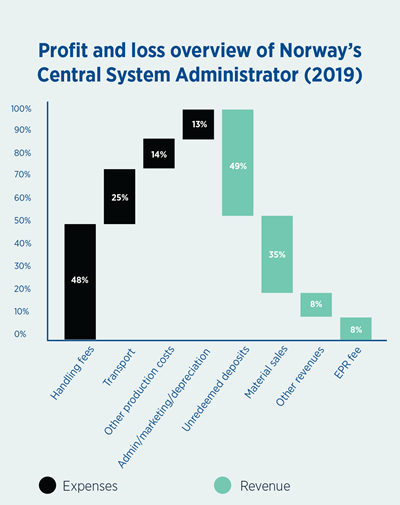 High-performing deposit models reinvest these two revenue streams into the system, reducing the need for any additional charges or fees. However, when the revenue from unredeemed deposits is allocated to a stakeholder group it is important return-rate targets are also in place to ensure the revenue from unredeemed deposits does not create an incentive to collect less containers. The highest return rates are achieved through a successful combination of a return-rate target, meaningful deposit value and convenient redemption system. Together, these three aspects drive high return rates, counteracting any incentive for producers or governments to discourage redemption.

Norway
Unredeemed deposits and material revenue cover almost all of Norway’s DRS costs. In total, 49% of system costs are offset by unredeemed deposits, 35% from material sales and 8% from other revenues (mainly interest). In the case of aluminum beverage cans, those income streams are even high enough to avoid any additional Extended Producer Responsibility fee from producers.

With these three revenue streams, producers reinvest in the deposit system’s infrastructure. For example, by giving financial incentive to return points for the use of compacting reverse vending machines (RVMs), due to the costs saved through fraud mitigation and transportation efficiencies. Retail sites with compacting RVMs are paid a higher handling fee than those redeeming manually or without compaction.

Sweden
Sweden’s Central System Administrator (CSA), Returpack Svenska AB, keeps the revenue from both material sales and unredeemed deposits within the system, allowing Returpack to reinvest in technology to drive cost- and eco-efficiencies.

In the 1990s, 80% of Sweden’s deposit cans were collected via automated equipment, with the remaining 20% handled manually. Due to the relatively high cost of manual collection, the CSA looked to automate.

Returpack already offered a higher handling fee to retailers that used RVMs with compaction. To further accelerate the transition to a low-cost automated redemption network, the CSA granted a one-time sum of 20,000 SEK (€1,925/US$2,188) to each manual collection point wishing to invest in an RVM.1

Previously, 100% of revenue was diverted to producers, but there was a perception that producers had not used that revenue to reinvest in the performance of the deposit recycling system. Policymakers diverted 80% of the unredeemed deposits to the government, with a portion going towards the Environmental Conservation Fund, while 20% remained with producers to offset DRS costs.

High-performing deposit return systems for beverage container recycling reinvest their revenue streams back into the deposit program to reduce the fees for producers and to ensure the continued success in return-rate results and system efficiencies. 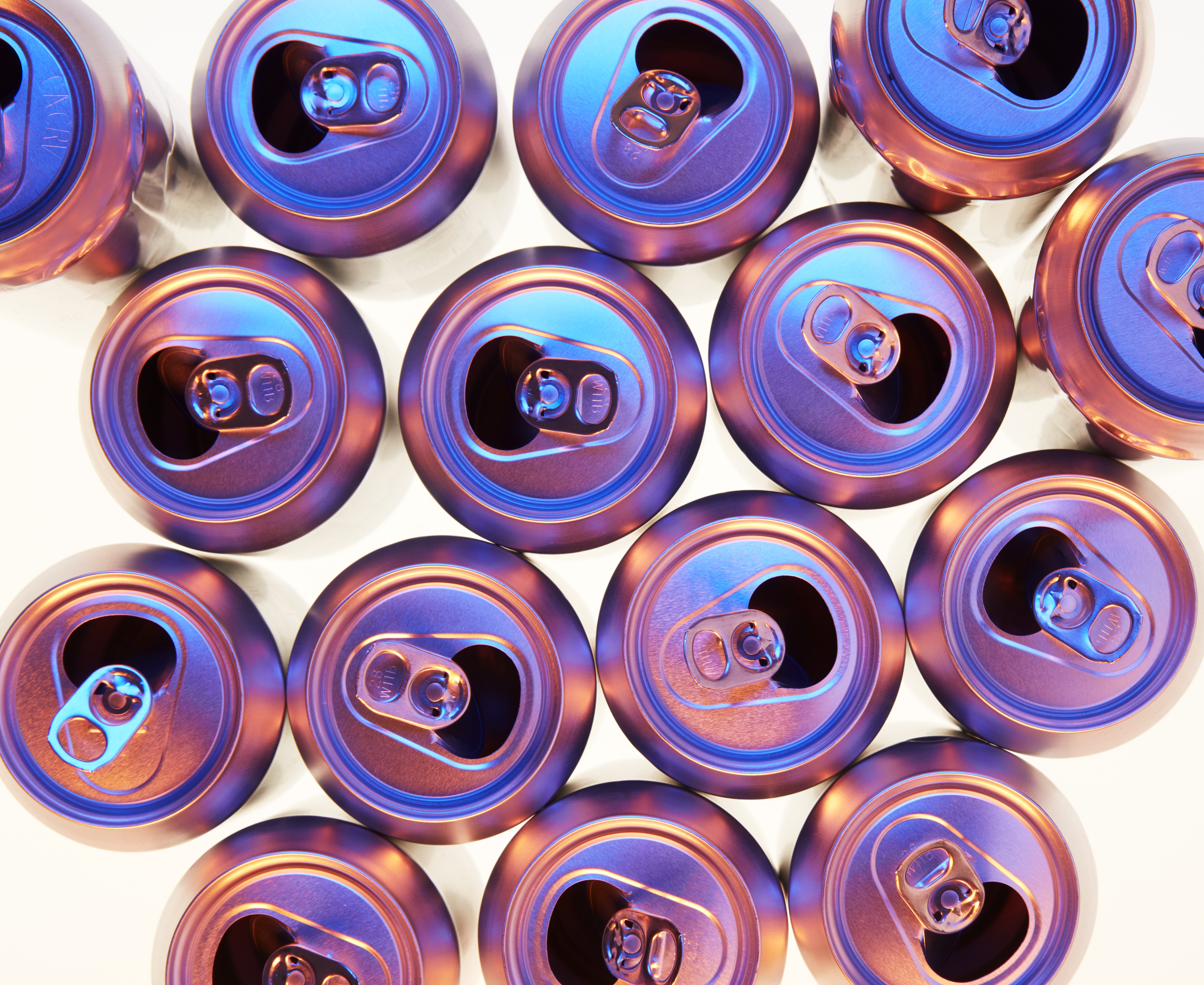