How does plastic end up in the ocean and what can be done about it?

Plastic remains one of the most pressing challenges facing our oceans. We already know that the scale of the problem is huge. Some 18 billion pounds of plastic waste flows into the oceans every year from coastal regions. That is the equivalent of five grocery bags of plastic trash sitting on every foot of coastline around the world.
08 Jun 2020

Where does this plastic come from? And how does it end up in the seas? It is broadly accepted that 80% of plastic flows from land-based sources. The other 20% is plastic littered at sea, from fishing and shipping. Beyond this broad distinction, the sources of ocean plastic can become slightly more complicated.

From land to sea

It can be confusing to think that even litter from inland towns and cities is a source of ocean plastic. The crucial thing here is that the sea is downhill from all water sources, so litter entering rivers or waterways can quite easily reach the ocean. Take a plastic bottle in a town as an example. The bottle is put in a rubbish bin on the street, it blows from the trash can into the street and then into a storm drain, and from here it can enter a river and be carried out to the sea. There are numerous sources of land-based litter: 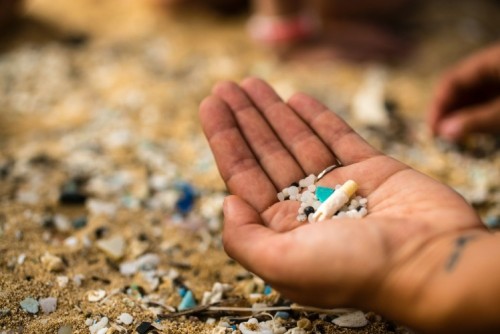 This all shows us that when we throw items "away", there really is no such thing.

Looking further at plastic waste from land-based sources, research by the Ocean Conservancy and McKinsey highlighted that plastic leakage in five countries studied could broadly be split into two types: uncollected and collected waste. Uncollected waste (e.g. litter left on streets or beaches) accounted for 75% and the remaining 25% was from collected waste that leaked back out from the waste management system. This could be due to the waste management system having insufficient controls in place or from storing waste in unfit locations, such as too close to waterways.

This study is just one example from around the world – ocean plastic is truly a global issue. The findings highlight that a crucial first step in managing plastic waste is establishing effective collection methods on land. What these methods look like is different around the world, but success is often seen in systems in which “waste” materials are given a value. For example, in a deposit return system, in which a refundable deposit is added to the price of a beverage, an empty bottle is no longer waste – it has a monetary value to be redeemed. It is a simple, but effective shift in thinking: from waste, to value.

A big proportion of the plastic that enters the ocean is larger items such as plastic bags, plastic bottles/lids, and food packaging. While these may enter as bigger items, we know that the plastic will degrade over time into tiny microplastics that can be hard to see, and harder to clean up. Indeed, one study from Eunomia has highlighted that barely 1% of marine plastics are found floating at or near the ocean surface, with an average global concentration of less than 1kg/km.

While larger pieces of plastic from land eventually break down into microplastics in the ocean, some plastic starts its journey as microplastics. These are known as "primary microplastics", as they enter the waterways as particles of less than 5 millimeters.

Roughly 20% of plastic found in the ocean is from the sea, either through accidental loss or – in some cases – from being deliberately discarded. Estimates break this down into two broad areas. Fishing accounts for 65% of this plastic waste, which could be in the form of lost nets, floats, or lines. The other 35% is from shipping, which could be domestic waste from the ship itself (such as food packaging and empty bottles), leaked cargo or ropes. There are regional fluctuations, such as in the North East Atlantic where fishing and shipping are much bigger sources of ocean plastic than land-based sources. We also see differences when we look at different types of plastic in the ocean, particularly macroplastics, which is plastic more than 20 centimeters in size. One study found that as much as 70% of plastic (by weight) found floating on the surface of the ocean was fishing related.

So, what can be done? 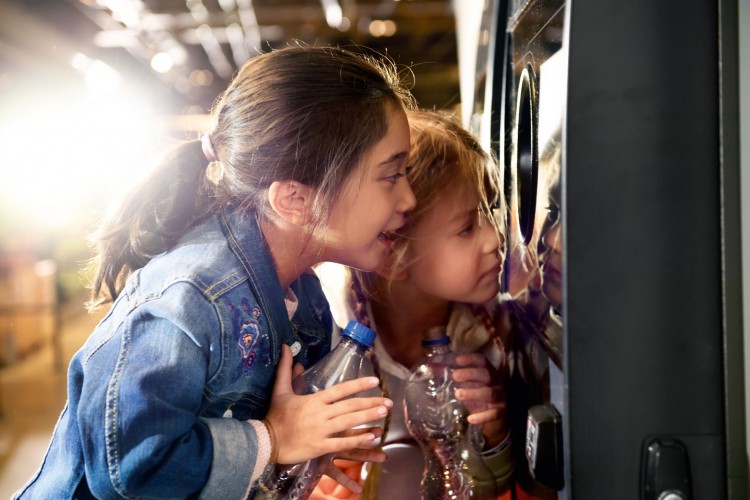 With most plastic waste originating on land, solutions should largely focus on the source. There is no single solution, so a range of options will help in “turning off the tap”:

Many other countries are considering doing the same but, in the meantime, we can avoid buying products containing them. Microbeads will often be identified on labels as polyethylene, polypropylene, polylactic acid (PLA), polystyrene or polyethylene terephthalate.

There are several projects that have successfully removed large amounts of fishing gear from the ocean, which is important in protecting sea life from getting entangled. But, as we see that most of the ocean plastic originates back on land, long-term solutions to marine plastic should largely focus there.

Just as there is no single source of ocean plastic, there is no single solution to turning off the tap. Where using plastic is needed for medical, hygiene or practical reasons, we must establish effective collection methods that maintain its value as a material, enabling it to be recycled. In this way, we can reduce our reliance on virgin materials and create a loop where materials are used again and again, instead of polluting our oceans.