Regarded as the world role model for beverage container recovery and recycling, Norway’s deposit return system is one of the most efficient in the world. With a sophisticated, convenient return infrastructure and a competitive deposit value that truly incentivizes consumers to return their empty containers, Norway’s deposit system helps keep containers in the loop and promotes sustainable habits to consumers.
14 Sep 2022

Norway was one of the very first countries in the world to establish a deposit return system (DRS) for reusable bottles, with a system for refillable glass containers first established as far back as 1902, and automated return of refillable glass bottles through so-called reverse vending machines (RVMs) first coming into play in the early 1970s.

Norway’s deposit return system for single-use beverage containers is unique in that it was created voluntarily by the beverage and grocery retail industries. The system for non-refillable or “one-way” containers – including cans and PET – was implemented in 1999, driven by an element unique to Norway: environmental taxation imposed by the Norwegian Government.

To this day, there is a basic tax for beverage producers on all single-use containers, plus a variable environmental tax that is reduced as return rates increase. Containers with a 95% return rate or more are exempt from the environmental tax, creating a compelling financial incentive for producers to participate in the DRS and achieve the highest possible return rate. 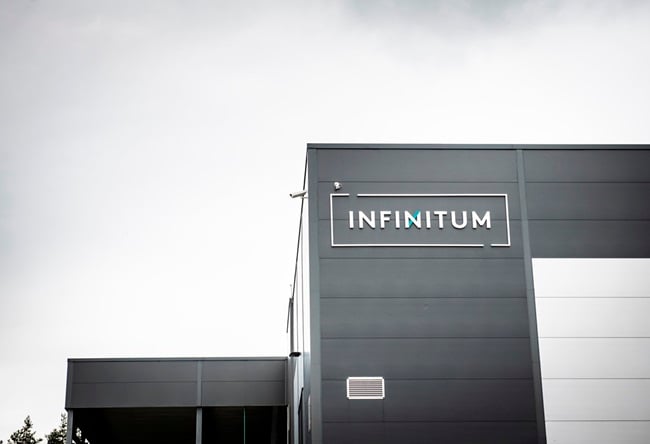 The deposit return system in Norway is part of everyday life for its 5.425 million residents. According to the latest figures, 1.692 billion cans and PET bottles were sold on the Norwegian market in 2021, equating to an average consumption of 312 containers per person, per year.

Across Norway, the deposit return system is managed and run by Infinitum, the Central System Administrator. Although privately owned, Infinitum is a not-for-profit organization, working on behalf of retailers and producers.

Despite being run by Infinitum, Norway’s deposit return system is the responsibility of the country's beverage producers – they pay 100% of the net costs for the system. However, unredeemed deposits, revenue from the sales of container materials and other revenues (mainly from interest) are enough to cover the largest proportion of the costs – in 2021, for example, almost 95% of the expense was covered by these streams, with only 5.4% paid through an Extended Producer Responsibility (EPR) fee from producers.

Through these four revenue streams, the beverage producers reinvest the income back into Norway’s deposit return system infrastructure.

The EPR fees for each producer are based on the recycling cost and material value of each container material type that the producers have on the market, with the fees even differentiating between clear PET versus colored PET (see table). For example, aluminum cans do not carry any additional EPR cost for producers in Norway; this is because the inherent commodity value of aluminum, plus the revenue from unredeemed deposits, outweigh their cost to recover and process.

The design of Norway’s deposit return system means that its running and management is set by regulation, not legislation. As such, this means that changes to improve and update the deposit system can be done more nimbly and smoothly.

Infinitum operates its DRS via a “return-to-retail” model (meaning retailers who sell beverages must also take back the empty containers for recycling), with both manual and automatic return points.

Across Norway, there are approximately 3,900 reverse vending machines (RVMs) in 3,500 collection points for automated return of empty containers, and approximately 11,500 return points operating manually, together equating to one redemption point for every 362 people. There are also 35 logistic hubs and five processing facilities.

The deposit return system in Norway accepts cans (both aluminum and steel) and two types of plastic bottles (PET and HDPE), and all stores must accept all eligible containers included in the DRS. All containers must have Infinitum-approved labeling and must be produced according to the material packaging specification. This is key to the overall recycling process, as it means the exact materials used can be detected and Infinitum can confirm that all materials are recyclable. This ensures that the materials being recycled are of the highest quality and purity possible, able to be reused time after time.

RVMs in Norway can also accept some beverage containers bought outside of the country, if a retailer chooses to offer this option. However, a deposit is not paid out on these containers. Infinitum incentivizes the use of compacting reverse vending machines, meaning that machines crush the containers after identification and before storage, due to their cost-saving benefit with respect to fraud mitigation and transportation efficiencies. Retail sites with compacting RVMs are paid a higher handling fee than those redeeming manually or without compaction (see below).

By 2018, inflation had eroded deposit values and return rates had dropped, so the system was adjusted to motivate consumers to participate and drive return rates back up. The deposit values were increased. For containers sized 0.5 liters or less, the deposit increased from 1 NOK to 2 NOK (approximately €0.20), while those over 0.5 liters saw their 2.50 NOK deposit value raised to 3 NOK (approximately €0.30). These were the first changes to the deposit value in Norway since the introduction of a DRS for single-use containers in 1999, and the increase had the desired effect, with the return rate rising by 7.2% for cans 5% for PET between the end of 2017 and the end of 2021.  In general, Norway’s deposit is considered to provide a compelling incentive for consumers to return their containers.

The success of Norway’s deposit return system speaks for itself. In 2021, more than 1.55 billion beverage containers were returned for recycling, according to Infinitum’s annual report for 2021.

In 2021, Norway achieved a total return rate of 92.3% (across both cans and plastic bottles) through the deposit system. It is expected that Norway will be able to reach a collection rate of 93% over the coming years, thanks to the increase in deposit value. While not part of the European Union (EU), Norway is following the recommendations of the EU and targets in the Single-Use Plastics Directive set out for member states, to separately collect 90% of plastic bottles by 2029, and is already meeting these non-binding targets.

Of returned containers, in-store RVMs account for around 94% of those collected, with 6% collected at manual return points or from the food service industry. From an environmental perspective, less than 1% of beverage containers in Norway are littered, and only one in eight bottles washed up ashore on the Norwegian coastline are actually from Norway; the rest is from its neighboring countries.

What Norwegians think about the deposit return system

From the start of Infinitum, the Central System Administrator has twice a year conducted a web-based category tracker, with more than 6000 respondents aged over 18. More than 92% say that it is very important for them to be able to return every can and bottle. They believe it is good for the environment, and they trust the system. They know that they will receive their deposit money back, and that all cans and bottles will be recycled to new cans and bottles.

If a new beverage bottle or can is launched without deposit, Infinitum receives reactions directly to their team and via social media. Norwegians simply like to be able to return their containers through the deposit return system.

1 of 2
Norway's grocery stores were drowning with handling consumer returns of drink containers manually
2 of 2
TOMRA's founders today: brothers Tore and Petter Planke with the prototype of the first fully-automated reverse vending machine

Throughout its 50-year history, TOMRA has played a major part in Norway’s DRS, delivering technology, services and driving efficiency. In 1972, Norwegian brothers Petter and Tore Planke created a solution to a problem retailers faced, creating an efficient and quick way for customers to return empty refillable bottles to stores, as part of the country’s existing deposit return program for refillable glass.

Store owners had more bottles being returned than ever before, in more varieties, meaning the containers were creating huge problems with efficiency, as manually accepting and sorting them was a time-consuming process, taking staff away from other important tasks. What was needed was an automated system where consumers could return their empty bottles and be given their deposit back, and so the brothers developed the first prototype of an automated RVM based on this challenge. By the end of 1972, the Planke brothers had established TOMRA, and TOMRA continues to provide reverse vending in many Norwegian stores to this day.


Overall, from its beginnings in the early 1900s to today, Norway’s deposit return system has led the way in what is now a growing global practice in the fight against plastic pollution. Its effectiveness can be said to be rooted in its unique set up, with taxation fueling retailer participation and commitment to driving high return rates. It is both convenient and efficient through its high density of collection points and high level of automation, in a return-to-retail model where all stores accept all containers. Its centralized, non-profit operation boosts efficiency and supports transparency, with “regulation rather than legislation” creating a responsive model. These factors combined have led to the Norwegian deposit return system becoming a recycling role model. Indeed, as seeing is believing, legislators and stakeholders from around the world regularly visit Norway to see its role model deposit return system in practice. 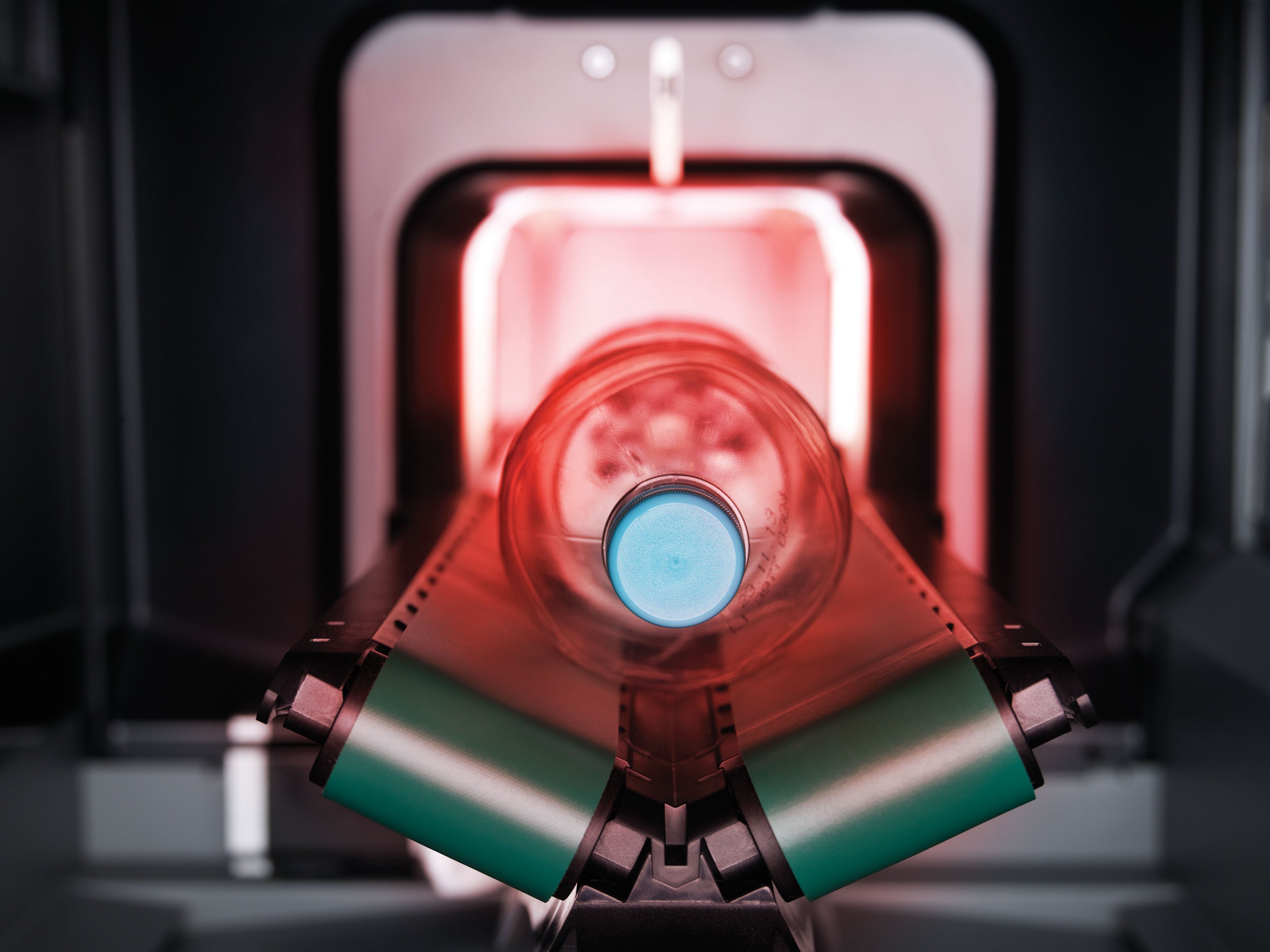